There are many places that fly the United State flag 24/7 (under the proper etiquette) but did you know there were 8 proclamations made in the last 60 years allowing specific locations to fly the flag 24 hours a day?

In this blog we will give you a background into each proclamation and the significance each place has in American history. 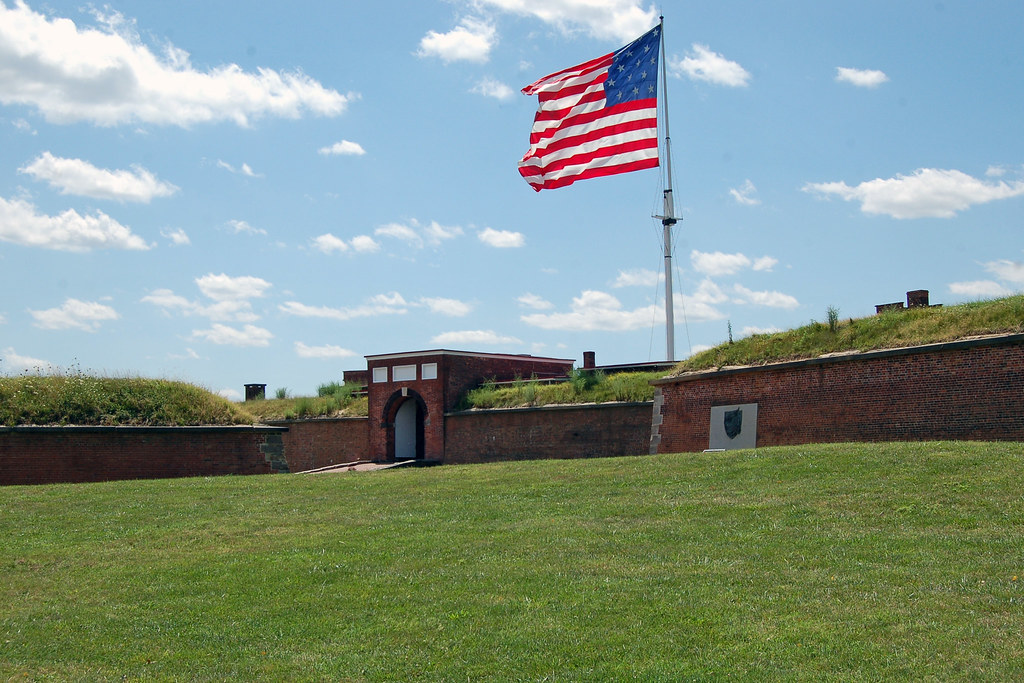 Fort Henry is located in Baltimore, Maryland and best known for its role in the War of 1812 when it defended the Baltimore Harbor from a British navy attack. During that time, the flag flying at the fort was replaced with a 30X42 Star Spangled Banner to show victory, the sight inspired Francis Scott Key to write the Star-Spangled Banner.

Under President Harry S. Truman in 1948, a proclamation was made for the flag to fly day and night except when the weather is inclement, as a symbol of our patriotism. 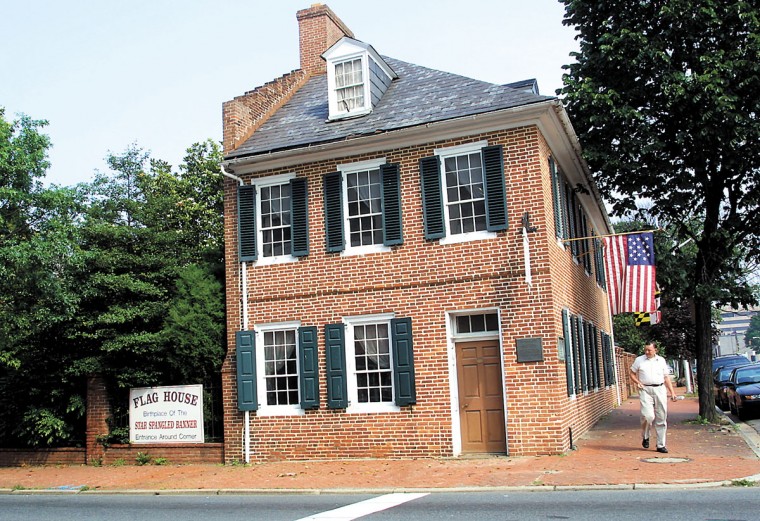 The Flag House was built in 1793 in Baltimore, Maryland and once the home and business place of Mary Pickersgill, who sewed the flag that inspired Francis Scott Key to write our national anthem. In 1927, the house was sold to the Star-Spangled Banner Flag House Association, which established a museum inside the house.

In 1954 an act was passed by the Senate and House of Representatives to permit the flying of the flag 24 hours of each day in Flag House.

Unveiled on November 10, 1954, the United States Marine Corps War Memorial is a national monument in Arlington, Virginia. The memorial was inspired by the iconic photo of six soldiers raising an American flag atop Mount Suribachi during the Battle of Iwo Jima in World War II. The photo was taken by Associated Press combat photographer Joe Rosenthal.

In 1961, President John F. Kennedy proclaimed that the flag of the United States of America be flown day and night 24 hours a day, weather permitting from this location.

On the Green of the Town of Lexington As part of the American Revolution, Lexington Battle Green has become an influential landmark in American history. Now a public park, this Massachusetts landmark has several memorials spread across its acreage. Above is the Minuteman Statue representing Captain John Parker, leader of the Lexington militia.

Again, enacted by the Senate and House of Representatives, Public Law 89-335 in 1965 states the flag may be flown for 24 hours each day in Lexington, Massachusetts.

The White House has housed every president since John Adams in 1800. In 2007, the White House was ranked second on the American Institute of Architects list of “American’s Favorite Architecture”.

During World War I, a custom began to fly flags over the east and west fronts of the White House 24 hours a day. As the country rallied to keep this tradition, the original flags (machine made 8 X 12’s) were replaced by hand sewn flags. The Washington Monument was built to commemorate George Washington in 1848 however, construction was halted from 1854 to 1877 due to lack of funds. Construction finally ended in 1884. The monument is the world’s tallest stone structure and tallest obelisk, as it stands at 555 feet 7 11/32 inches tall.

At each port of entry into the United States, a flag should be flying 24 hours a day as part of Presidential Proclamation No.4131 issued on May 5, 1972. Each state has port of entries which can be located by air, land or seaport.

The Valley Forge National Historical Park in Pennsylvania was part of the third wind encampment of the Continental Army during the American Revolutionary War. The park became an official historical park in 1976 and contains historical buildings, encampment structures, memorials, museums and recreation facilities.

On July 4, 1975, Public Law 94-53 was issued allowing the American flag to be flown 24 hours a day as long as it was properly illuminated from sunset to sunrise.

Many other places fly their flags day and night as a patriotic gesture. Where do you notice flags flying day and night the most? Residential areas? Banks? Schools? Let us know in the comments!