Wisconsin is on the radar, on this edition of “Know the Nation’s Flags”.

Wisconsin was the 30th state adopted into the Union in 1848 and surrounded by Minnesota, Iowa, Illinois and Michigan. While Wisconsin is surrounded by 4 states, the state also has access to water on the North and East.

When you think of Wisconsin, you probably think dairy and cheese and maybe even the phrase “Cheeseheads”. Wisconsin natives and Green Bay Packer fans alike are known by this nickname based on the large volume of cheese Wisconsin produces. As of 2013, Wisconsin continues to be one of the largest producers of cheese in the United States. 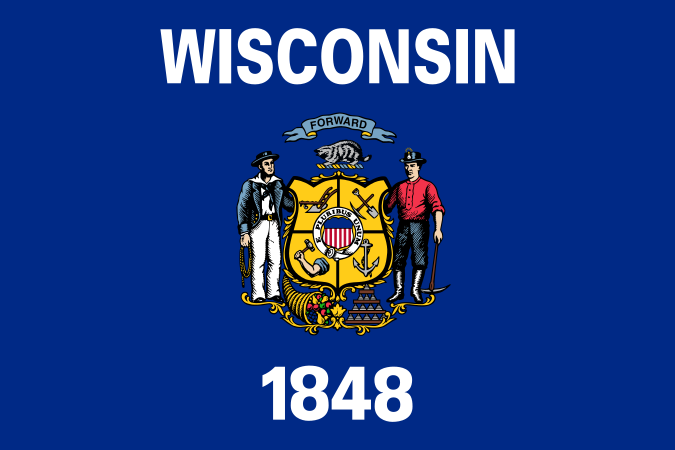 The Wisconsin state flag is a blue field adorn with the state coat of arms. In the top banner is “Forward” the state motto. Beneath the banner is the state animal, the beaver. The center of the seal is a shield holding (Top left to bottom right) a plow for agriculture, a pick and shovel for mining, an arm and hammer representing manufacturing and an anchor representing navigation. In the middle of the shield is the U.S. coat of arms with the motto of E Pluribus Unum. Holding the shield is a sailor on the left and a yeoman on the right standing for labor on water and land. Below the shield is a cornucopia for prosperity and abundance and 13 iron cast stars to represent mineral wealth and the thirteen original stars of the United States. 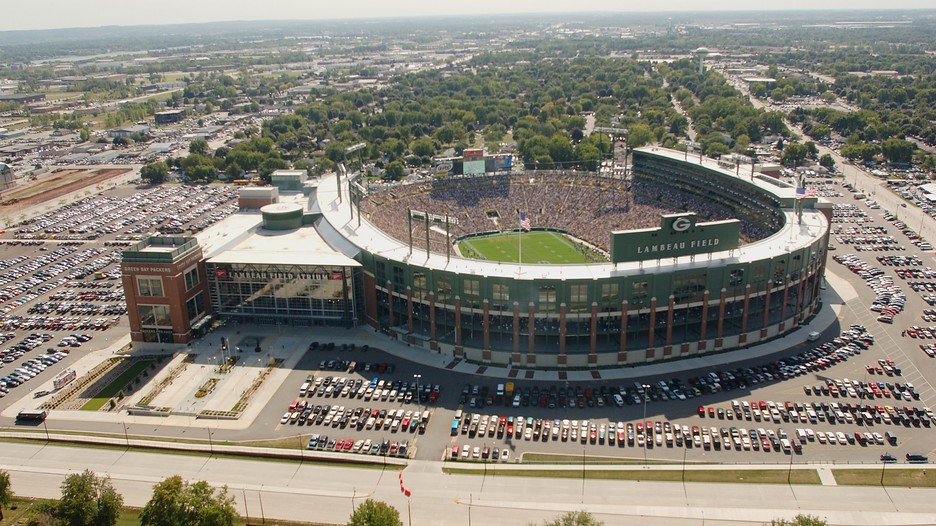 Green Bay is most known for being the home of the NFL Football team the Green Bay Packers. Green Bay is also the third largest city on the west shore of Lake Michigan after Chicago and Milwaukee.

Milwaukee is the largest city in Wisconsin and located on the shore of Lake Michigan. Milwaukee is known for its brewing traditions and has added new attractions to the area.