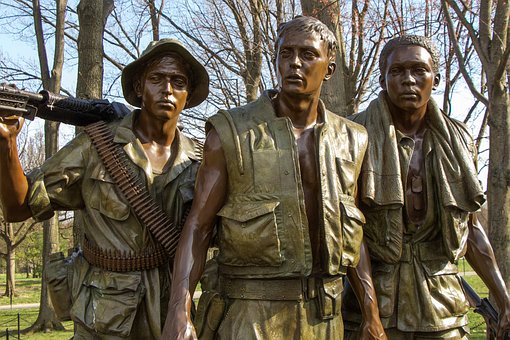 March 29th signifies the second ever Vietnam Veterans Day. The day, which marks the celebration and recognition of Vietnam veterans, was first declared by President Barack Obama in 2012.

President Obama said, “The Vietnam War is a story of service members of different backgrounds, colors, and creeds who came together to complete a daunting mission. It is a story of Americans from every corner of our nation who left the warmth of family to serve the country they loved.” Ref

Last year, President Donald Trump signed a bill that officially made the day an annual event, saying, “It is a story of patriots who braved the line of fire, who cast themselves into harm’s way to save a friend, who fought hour after hour, day after day, to preserve the liberties we hold dear. From Ia Drang to Hue, they won every major battle of the war and upheld the highest traditions of our Armed Forces.” Ref

This Act may be cited as the ‘‘Vietnam War Veterans Recognition
Act of 2017’’.
SEC. 2. DISPLAY OF FLAG ON NATIONAL VIETNAM WAR VETERANS
DAY.