New Zealand has been on the hunt for its next national flag during the last several months. Over 10,000 unique flag submissions were made in the hopes of making the final list and becoming the new national flag. After narrowing the search to 40 down to the final five, there is now some belief that the original flag could stay in place.

Mail voting has begun to pick a new national flag that could lead to dropping the United Kingdom’s Union Jack. New Zealand’s Prime Minister John Key has suggested the current flag may hold its ground and stay the flag.

While the current voting is only to select a rival flag to run against the current, it is still beneficial to learn what each flag stands for. 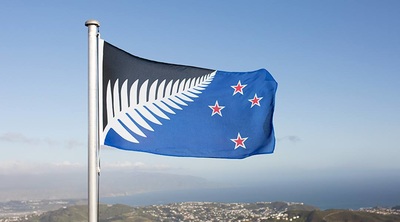 The silver fern has been an icon to New Zealand for over 160 years representing the growth of the nation. The fern leaf represents Aotearoa’s peaceful multicultural society. The blue background represents the clear atmosphere and the Pacific Ocean. The Southern Cross represents the navigational aid early settlers used to guide them to the island.

This flag breaks down powerful and fundamental visual elements into simple forms. The white and red triangles refer to the collision of two tectonic plates that formed the Southern Alps. The colors elude to a form of mythology which talks of a landscape of red earth and black sky. The white and red peaks are a representation of the tips of stars on the existing flag. 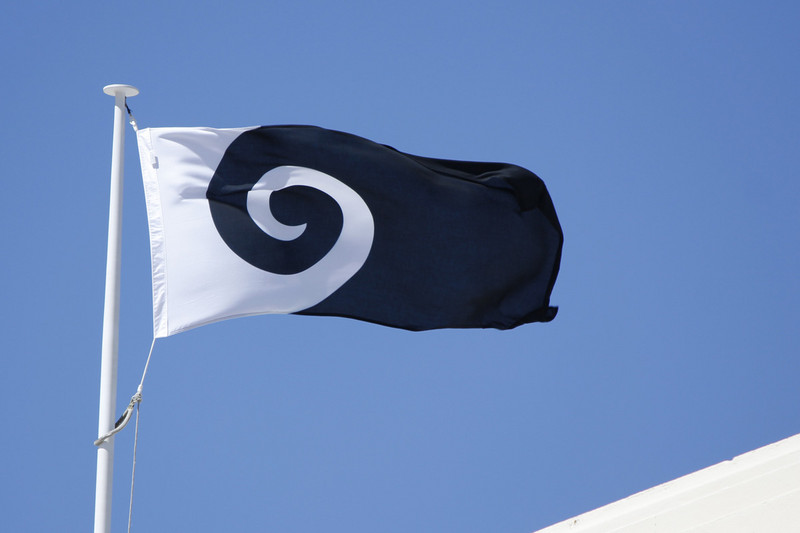 The koru stands for the fern frond but is reminiscent of a wave, a cloud and a ram’s horn. The koru represents new life, growth, strength, and peace.

Simple and balanced, this flag represents the uniqueness of New Zealand and the colors of ‘yin and yang’. The soft curved spine of the fern binds together the nation as young, independent and proud.

All colors and shapes are represented the same as the other flags except the red. The red of this flag represents the heritage and sacrifices the nation made.

The current flag holds the Union flag in the canton and four red stars bordered with white to the right. The shape these four stars make is the Southern Cross. This flag was adopted for use on British Colonial ships and became the national flag in 1902.

Some believe the flags ties to Britain don’t connect with the nation New Zealand has grown to be. Others argue that its resemblance is too similar to Australia. But which will win in next year’s election… the old or the new?