Ohio State University is a public research university that was founded in 1870. The school is located in Columbus, Ohio. Columbus is the largest and capital city of the state of Ohio. Columbus is also the third most populous city in the Midwest – only behind Chicago and Indianapolis. Ohio State currently enrolls approximately 44,000 undergraduates, which is one of the largest enrollments among universities in the United States. Their official school colors are scarlet and gray.

Not only is Ohio State one of the most successful academic schools, they are also one of the top athletic schools in the country. The Ohio State Buckeyes currently compete athletically in the Big 10 conference, and it is difficult to find a sport that they do not succeed at. Ohio State is one of only five schools to win a national championship in all three major men’s sports (football, basketball, baseball). They are also one of only two schools to play in the national championship game for both football and basketball in the same year. Their biggest conference rival is the Michigan Wolverines, which is considered to be one of the best rivalries in sports.

The Ohio State Buckeyes band is also famous, and many consider it to be the best university band in the country. Their signature “dotting of the i” in Ohio has become etched in the minds of sports fans across the country. 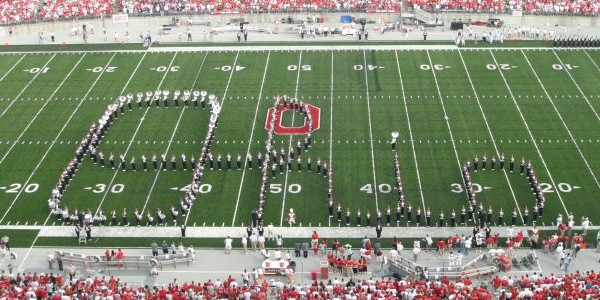