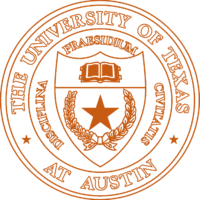 The University of Texas (UT) is the Flagship University for the State of Texas. It is a public research university that was established in 1883. The campus is located in the capital city of Austin, an emerging city in the United States. As of 2014, UT had 38,000 undergrads and 12,000 post grads enrolled in school. Their school motto is “Cultivated mind is the guardian genius of democracy”. Their school colors are burnt orange and white.

The University of Texas is consistently rated as one of the top public universities in the United States. UT is considered by some to be a “Public Ivy” school – which means that it provides Ivy League education at a public school price. It was one of only 8 schools to be deemed as “Public Ivy”. Some of Texas’ best academic programs include but are not limited to; business, engineering, education, pharmacy, earth sciences, law. UT is also one of the richest public schools in the United States, thanks to successful alumni and generous sports boosters.

The University of Texas is one of the top athletic colleges in the NCAA. The school fields 18 varsity level teams and they are referred to as the Texas Longhorns. The Texas Longhorns currently compete in the Big 12 conference and their biggest rival comes from the neighboring state of Oklahoma, the Oklahoma Sooners. The Longhorns are excellent in a number of sports, including track, golf, baseball, softball, basketball and football. However, the school is most famous for its men’s football program. The football team has the second most wins in college football history, only behind the University of Michigan. While the team has struggled in recent years, they are still considered a powerhouse school with a powerhouse athletic budget. The Texas Longhorns have the richest athletic department in the NCAA, which allows for top notch facilities, like Darrel K Royal Texas Memorial Stadium pictured below.

The University of Texas is one of the largest, most famous universities in the United States. With that being said, it has produced some extremely famous alumni in a variety of fields and industries. Take a look below, you will probably recognize most of these names.