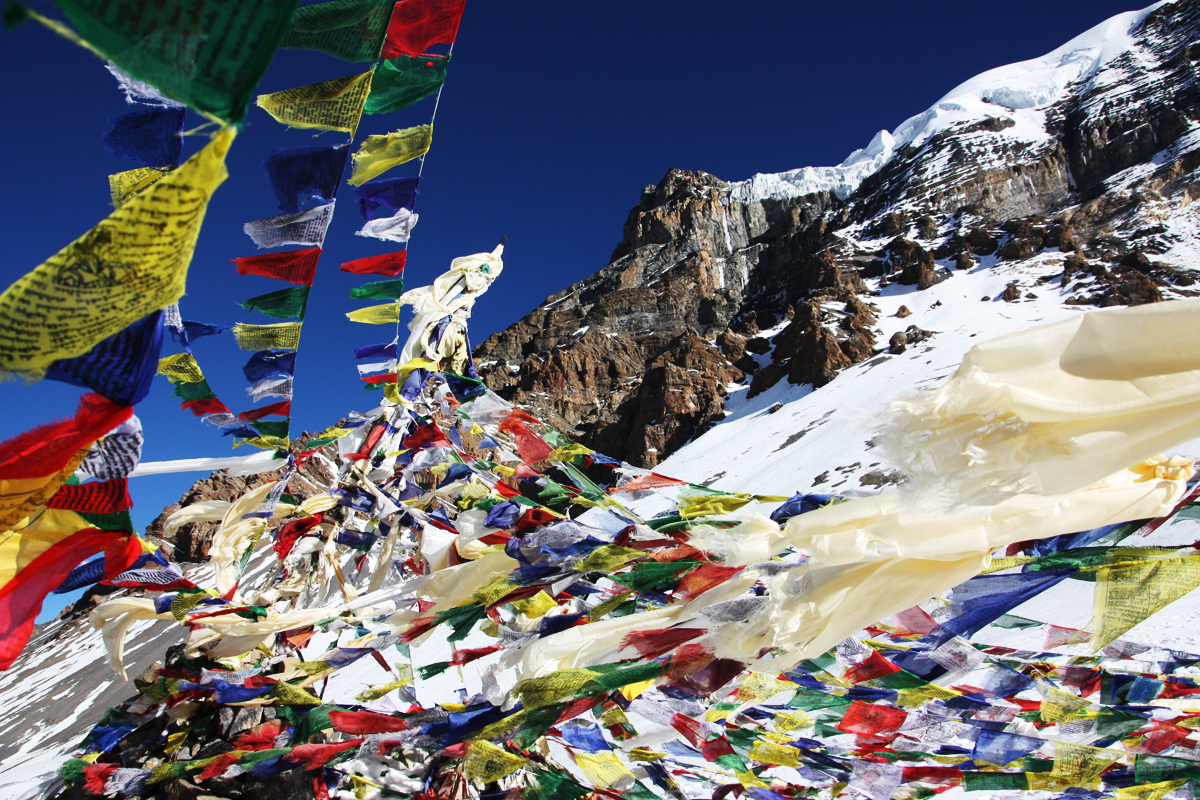 Now people from across the world are displaying prayer flags as a tribute to the victims of the Nepal earthquake. The general population understands the significance of doing whatever they can to pay tribute, but don’t understand the meaning behind the prayer flags. The prayer flags in Nepal are actually called Tibetan Buddhist prayer flags.

Todd Lewis of the College of the Holy Cross in Massachusetts says that; “What is less known are the Buddhist words that were taught by [Buddha] to make the world safer healthier and more auspicious. He gave his disciples certain words and chants that would bring blessings to the people who chanted them.”

As it turns out, these blessings were originally spoken words but were later changed to words on cloth or paper – aka prayer flags. Todd also says that prayer flags are misunderstood because the general population only associates the Buddhist religion with meditation and good karma.

Buddhist prayer flags are typically displayed in five colors: blue, red, white, green and yellow. Each color stands for something unique, or a different direction. The prayer flags in Nepal are a religious/spiritual tribute from those who are unable to help support the nation financially. People in the United States and from other countries across the world are also donating money to help aid the disaster recovery process in Nepal.