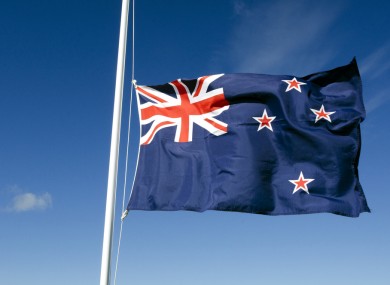 The timing of this debate has stirred up a bit of controversy, however. The government will stop receiving flag design submissions two days before most significant anniversary in the nation’s history – known as Anzac day. What makes this anniversary more significant is that it is the 100 year anniversary of the founding of the nation. Opponents of the flag design change do not find this to be a coincidence either. They believe that this is a deliberate act by the government in an attempt to overshadow this historic date in New Zealand history.

The Prime Minister has expressed his interest in the flag design shown below. What are your thoughts? Should New Zealand change its flag design?

One Reply to “Should New Zealand Change Its Flag Design?”