Though there are around 200 national flags in the world, many of them look quite similar in color and design. Often these similar designs are purely coincidental, but other times these nations have ties to one another and are influenced by another flag

Below the Andorra, Romania, Moldova and Chad flag all share a very similar color scheme of blue, yellow and red in a vertical thirds design.

The similarities between the Romania and Chad flag have caused international discussion. In 2004, Chad requested the United Nations examine the issue but Romania refused a flag change. Another flag similar to Romania’s is the flag of Moldova. The difference lies in the 1:2 ratio, lighter blue shade and the Moldova coat of arms in the center of their flag. 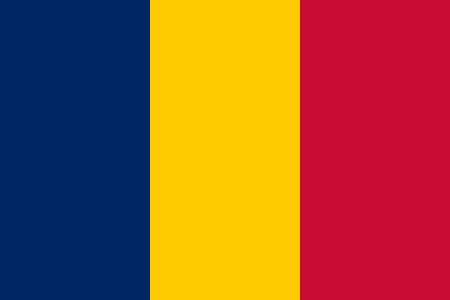 The flag of Chad is similar to that of Romania and Andorra with the exception of Romania’s flag being a lighter shade of blue. Adopted in June 0f 1959, the Chad flag has not changed despite the many political upheavals within the country.

Moldova is a landlocked country located between Romania and Ukraine. As part of the dissolution of the Soviet Union, Moldova declared its independence on August 27, 1991.

As referred to in Romania’s description, Moldova’s national flag is very similar. The major difference is the coat of arms. The coat features a dark golden eagle holding an Orthodox Christian cross in its beak. The eagle holds an olive branch to symbolize peace. The red and blue shield on the eagle’s chest holds the traditional symbols of Moldova. 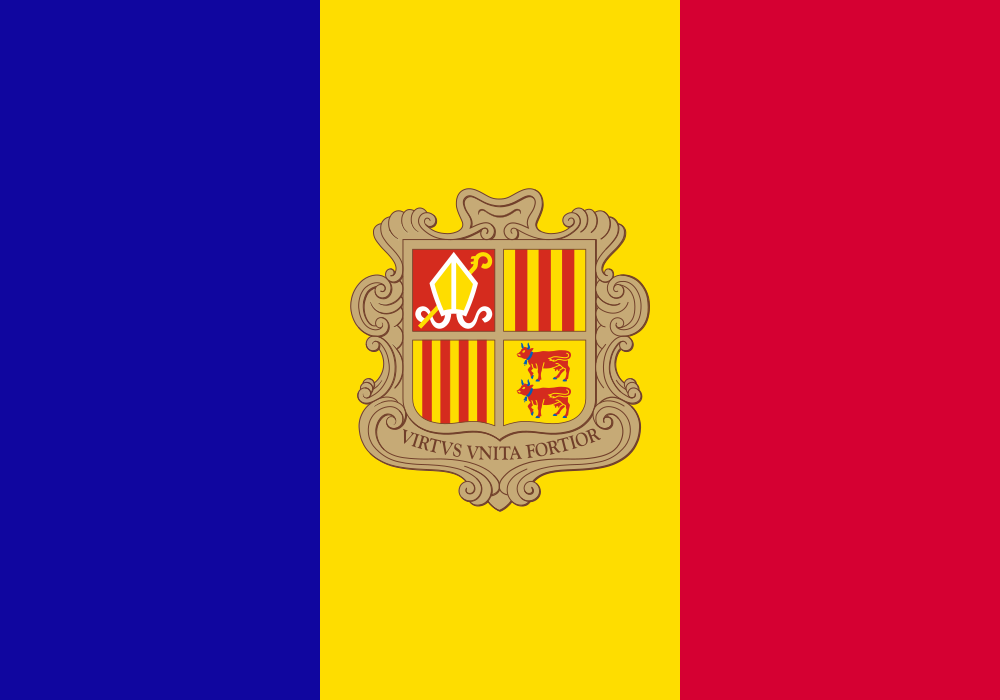 Andorra is a small, landlocked microstate located between Spain and France. Known as the sixth-smallest nation in Europe, Andorra has a population of 85,000 people.

The flags design is linked to France and Spain, having the tricolor design with blue and red similar to France and red and yellow of Spanish inspiration. The motto on the coat of arms reads Virtus Unita Fortior means “Virtue United is Stronger”.

Stay tuned as we compare the Netherlands and France.