This week on “State Flags through the Decades”, we take a look at the 50’s and 60’s to see what design techniques were used during this period. Spoiler alert! There will be a lot of state seals and blue flags! 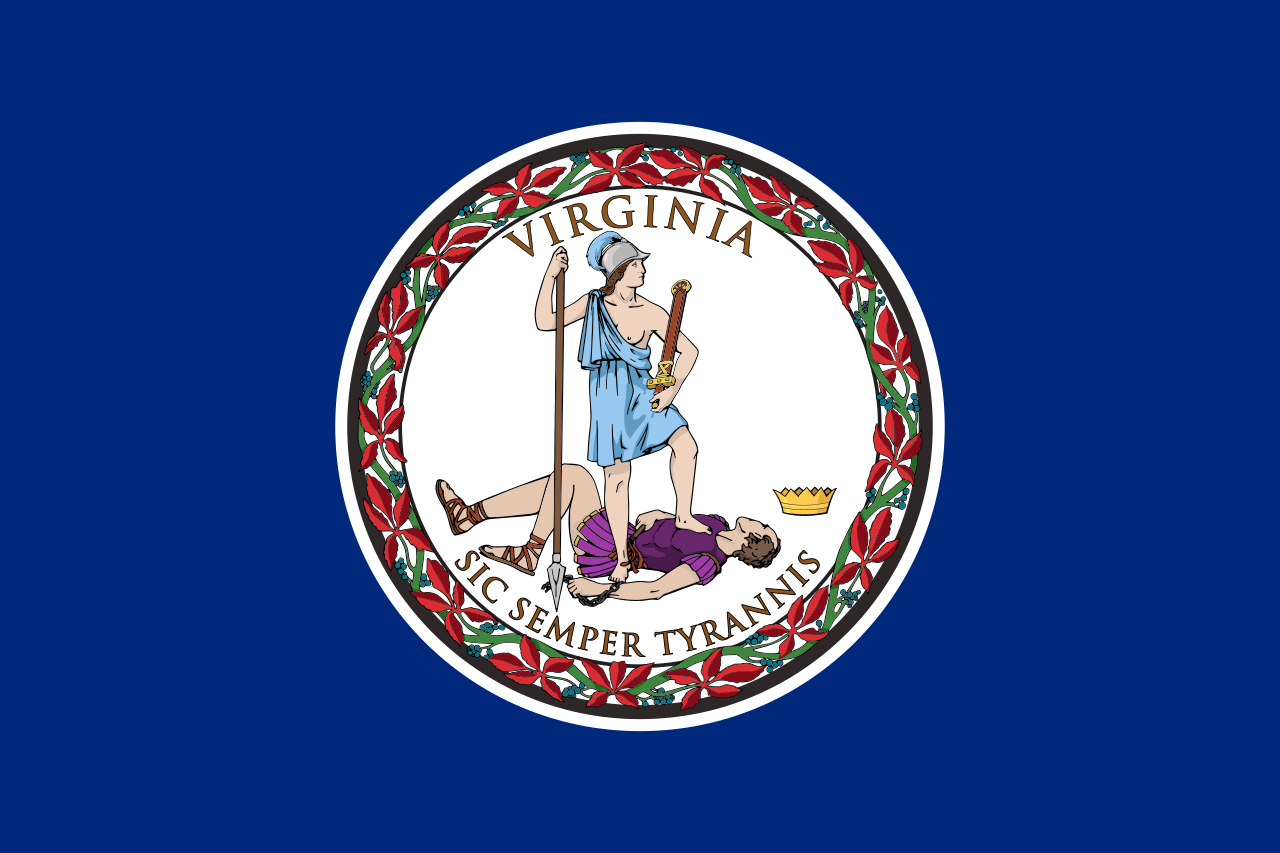 Virginia’s state flag is blue background with the state seal on it making this the 17th state flag of a similar design so far in our discussion. The seal has strong ties to Roman mythology as it features Virtus, god of heroism, righteousness, freedom and valor. Virtus holds a spear and sheathed sword while she stands over a fallen tyrannical foe, whose crown lies on the ground. The state motto lies beneath the scene translating to “Thus Always to Tyrants”. Red Virginia creepers and green leaves surround the scene. 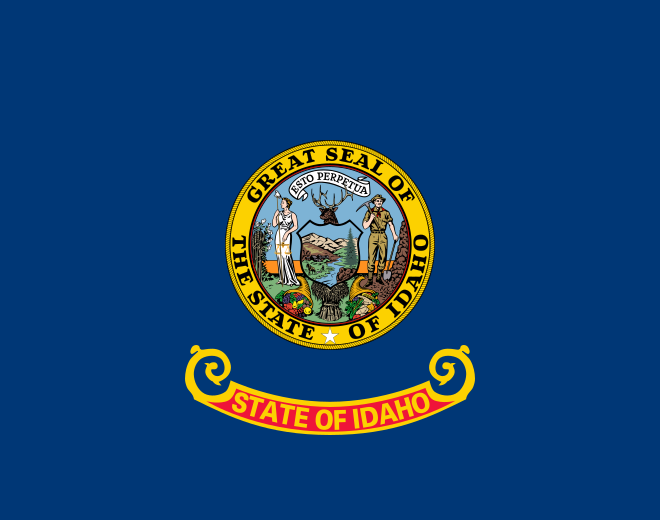 The Idaho flag is a blue field with the state seal in the center. Under the state seal are the words “State of Idaho” in a red and gold banner. The seal itself depicts a women and a miner representing equality, liberty and justice. There are several symbols on the seal to represent Idaho’s natural resources: mines, forests, farmland and wildlife.  In the white banner written above the scene is “Esto Perpetua” which means “It is forever”.

Kansas’s state flag is also blue with the state seal, though it differs in that it includes a five-point star in each corner and is topped with a sunflower above the seal. Within the seal is a landscape with a rising sun, river and steamboat, settler’s cabin with a man plowing, wagon train heading west and Indians hunting bison. In the sky are 34 stars to show Kansas as the 34th state in the Union. The state motto is above the stars in an orange banner reading “Ad Astra per Aspera” which translates to “To the Stars through Difficulties”.

Nebraska, as you guessed, is a blue flag with the Nebraskan state seal in the center.  The state seal presents a banner atop it reading “Equality Before the Law”. Below the banner is a train steaming across some mountains in the background. There is a steamboat plying through the Missouri River. A cabin and sheaves of harvested wheat are pictured off to the left to portray the settlers and agriculture of the state. A blacksmith works at an anvil in the foreground. 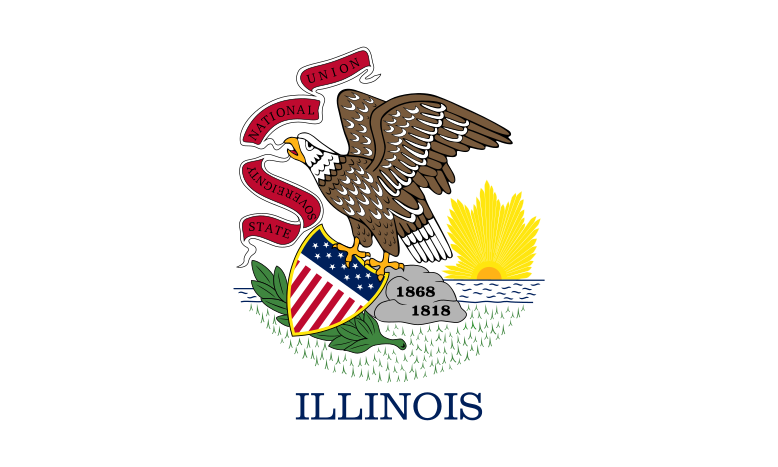 The seal on this flag differs from others as it isn’t encapsulated in a circle. There is a bald eagle carrying a shield with thirteen stars and stripes to represent the original thirteen states in the Union. The dates under the eagle represent the state’s first constitution (1818) and the year the current seal was adopted (1868). In the eagles mouth is a banner that reads “National Union, State Sovereignty”.

As we can very clearly see, the 50’s and 60’s were a time for state seals! While each state seal has ties to characteristics unique to its own individual state, each was still a flag with a state seal. Will this set the tone for the 70’s and 80’s or will another trend take over? Stay tuned next week for another edition of “State Flags through the Decades!