How much impact can one handshake have? Well, if recent activity in Cuba is used as a measurement – the answer is plenty. Following the historic handshake between Barack Obama and Raul Castro at the Summit of the America’s, Cuban natives have begun displaying the American flag in Cuba. Old Glory has not been raised on a flag pole; however, the stars and stripes have shown up in the capital city of Havana. The American flag has been spotted on t-shirts (shown below), bandannas, spandex leggings, bicycle taxis, and even on the side of apartment buildings. Some Cuban’s are claiming that it’s simply a “fashion statement”, but that’s hard to believe considering the recent political developments. 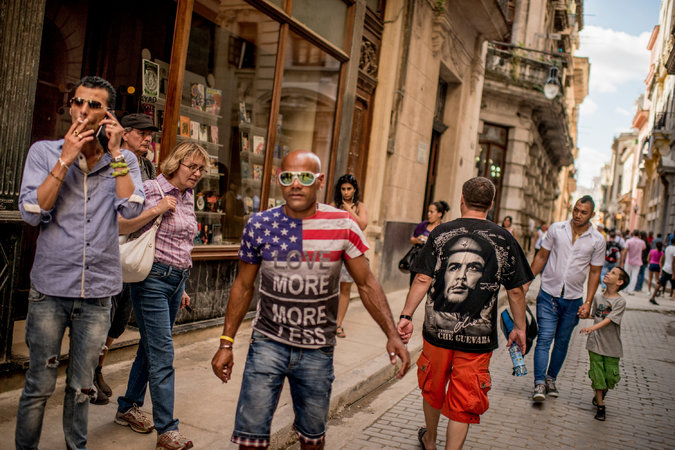 The reemergence of the American flag in Cuba has not begun at the American diplomatic outpost just yet. The American flag has not flown there since relations between the U.S. and Cuba broke down in 1961. The political rift between the two nations has been no secret during that period of time. However, both President Obama and Mr. Castro have discussed plans to reopen the embassies in both countries. Recent polls have shown that the American public supports normalizing relations with Cuba. The reemergence of the American flag in Cuba also shows the welcoming of a long-lost friend. This was the first sit down meeting between American/Cuban leaders since the Cuban revolution, and it has already shown a positive impact in both countries.