If you’ve seen the Milwaukee flag or read our blog, “Flag Design Principles”, you’d know that the city flag of Milwaukee doesn’t stick to most of the design principles. 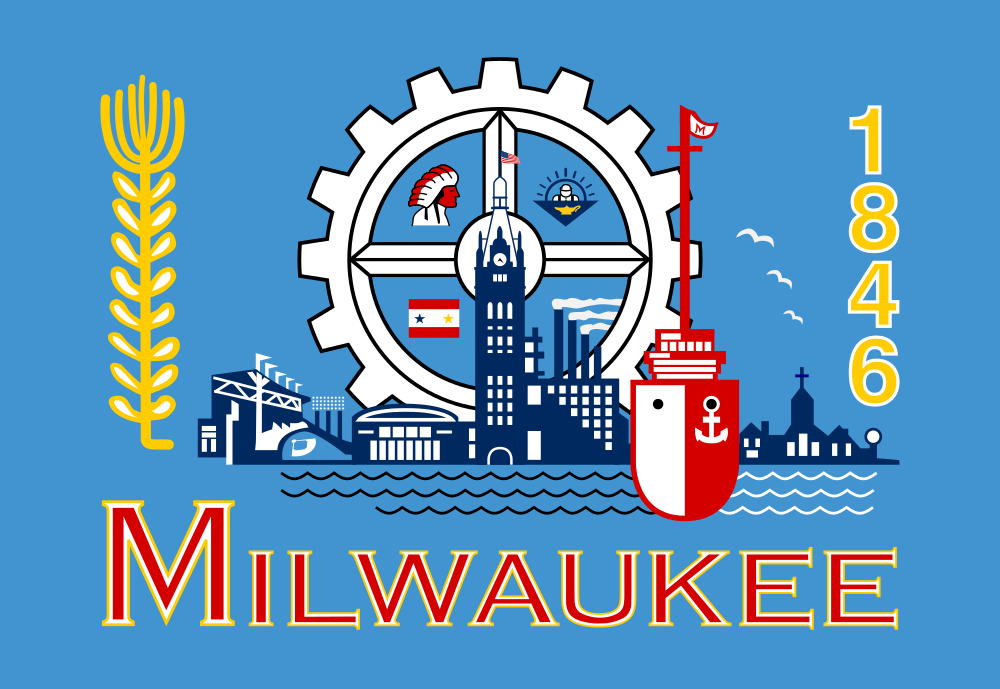 In that blog, we discussed Roman Mars who hosted a TED Talk over flag design principles from over a year ago.  During that talk, he mentioned the Milwaukee flag. Mars ironically describes the flag as “distinctive” and a hot mess.

Many have been lobbied to change the flag over the years. Two contests have been helped since its adoption, one in 1975 and another in 2001 but neither flag replaced the original.

In 2015, a graphic designer launched a flag contest to be completed in June 2016, making this the third competition since 1975. Will the current flag competition finally turn out a new flag for Milwaukee? Something that follows the flag design principles of being simple, using meaningful symbolism, two to three basic colors, no lettering or seals and be distinctive or related? We sure hope so!

The timeline for the current flag competition is as follows:

We wish you the best on this endeavor, Milwaukee. In the meantime, we wanted to finish by looking at some of the many new flag examples on the internet currently.

One Reply to “Will the Milwaukee Flag Finally Get the Makeover It Needs?”