The effects of a long, harsh winter can take a toll on many things – not just humans. For example, the American flag on the Brooklyn Bridge has taken a beating this winter. High winds, frigid temperatures and relentless precipitation have deteriorated Old Glory. The New York state DOT applies most of the blame to the high winds on top of the bridge. The flag is ripped at the bottom and along the outside, causing it to whip around the flag pole.  The American flag on the Brooklyn Bridge has become so tattered that it resembles a historical war flag. 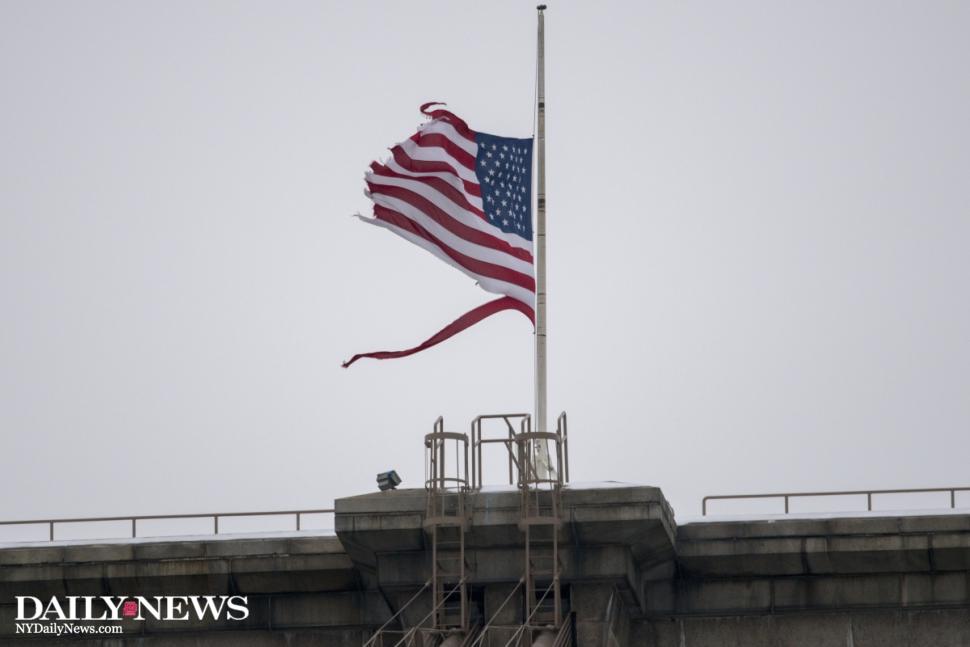 The condition of the flag is not the only problem, however. The ice and snow on the bridge has made it unsafe to repair, meaning that the flag could remain this way for weeks – or months. The DOT says they will not be able to replace the flag until the weather conditions improve.

Flying flags during the winter is no easy task. You can purchase heavy duty polyester flags, but there is no guarantee how long the flag will last. On average, a U.S. flag can last up to 90 days if flown from sunrise to sunset. However, if you fly your flag 24 hours a day (as the American flag on the Brooklyn Bridge flag does), you can expect those numbers to drop dramatically. Replacing your flag on a regular basis can be a hassle, but in doing so can you avoid situations like the American flag on the Brooklyn Bridge.