For nearly 50 years after Congress authorized the design for our flag, citizens had no uniform set of rules to guide them in displaying and showing respect for the flag. To supply such a guide, a National Flag Conference was held in Washington. D.C. on Flag Day, June 14th, 1923. Representatives of sixty-eight organizations met and drew up a Flag Code, which was revised by a second Conference in 1924. Following that initiative, Congress adopted a resolution in 1942 which made the Flag Code a law. This resolution was amended on July 7, 1976, and became Public Law 94-344 commonly called the Flag Code.

Congress adopted a resolution in 1942 which made the Flag Code a law. This resolution was amended on July 7, 1976 and became Public Law 94-344 commonly called the Flag Code. 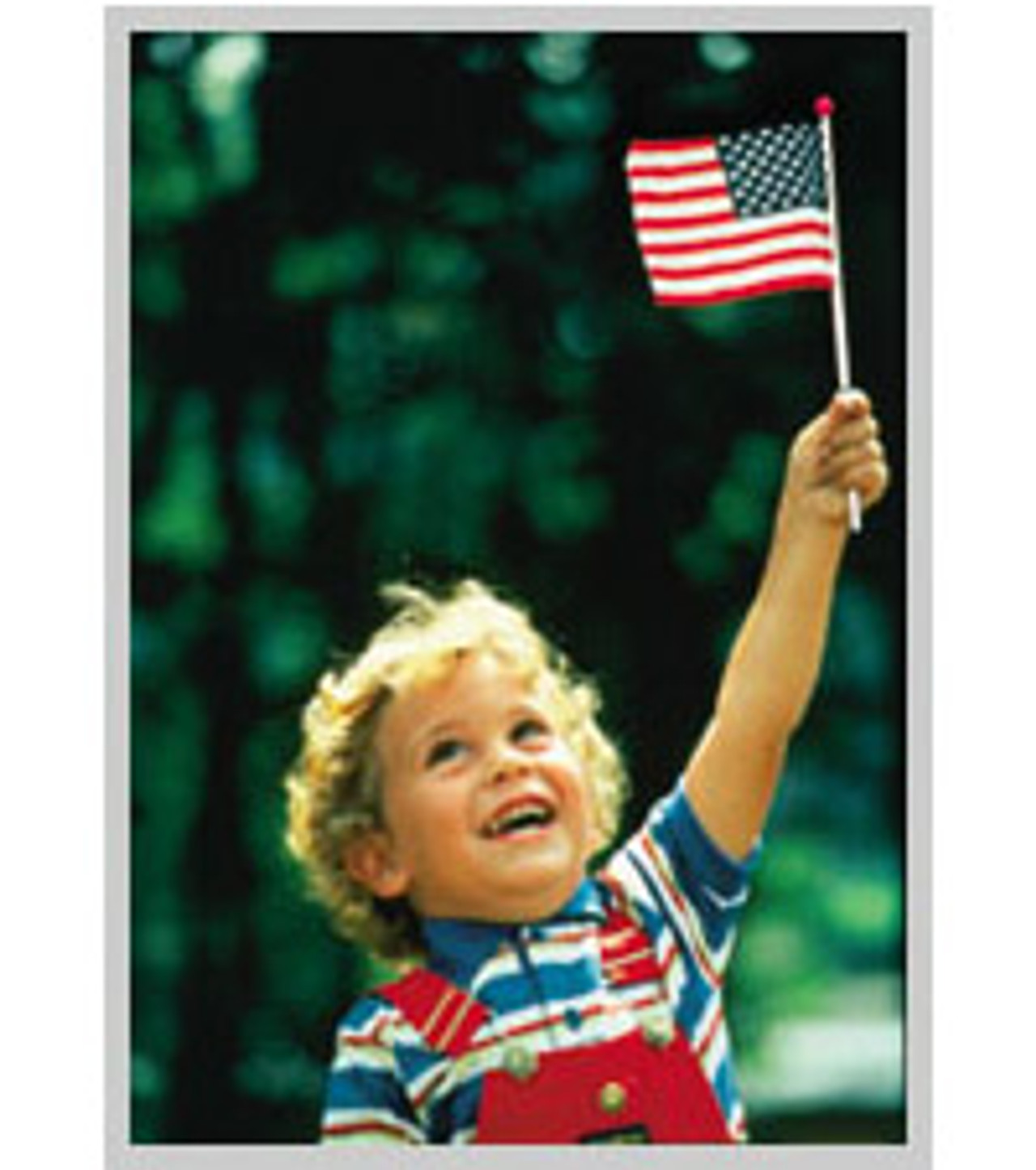 Here are some of the provisions contained in this resolution:

The flag, when flown at half-staff, should be first hoisted to the peak for an instant and then lowered to the half-staff position. The flag should be again raised to the peak before it is lowered for the day. On Memorial Day, the flag should be displayed at half-staff until noon only, then raised to the top of the staff. By order of the President, the flag shall be flown at half-staff upon the death of principal figures of the United States Government and the Governor of the State, territory or possession, as a mark of respect to their memory. In the event of the death of other officials or foreign dignitaries, the flag is to be displayed at half-staff according to Presidential instructions or orders, or in accordance with recognized customs or practices not inconsistent with law. In the event of the death of a present or former official of the government of any State, territory or possession of the United States, the Governor of that State, territory or possession may proclaim that the National flag shall be flown at half-staff.

Aside from the matter of half-mast, there are a few other guidelines surrounding flag etiquette you need to know as a citizen of this great country. Here are a few rules regarding general display to help you honor the flag. 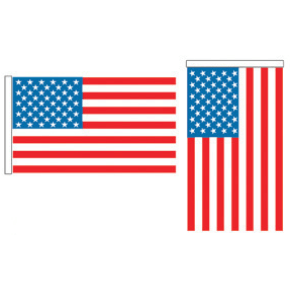 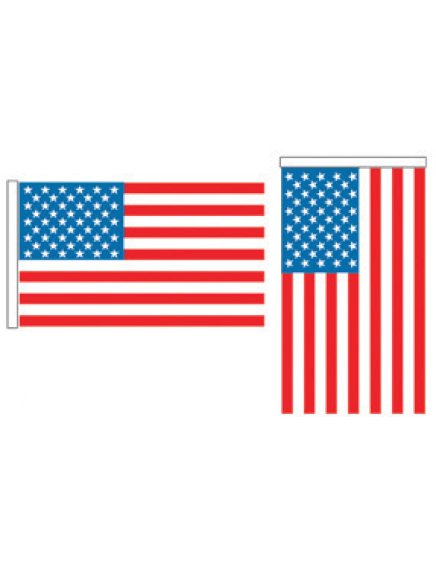 2. When flags of states, cities, or localities, or pennants of societies are flown on the same halyard with the flag of the United States, the latter should always be at the peak. 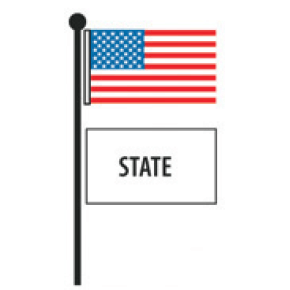 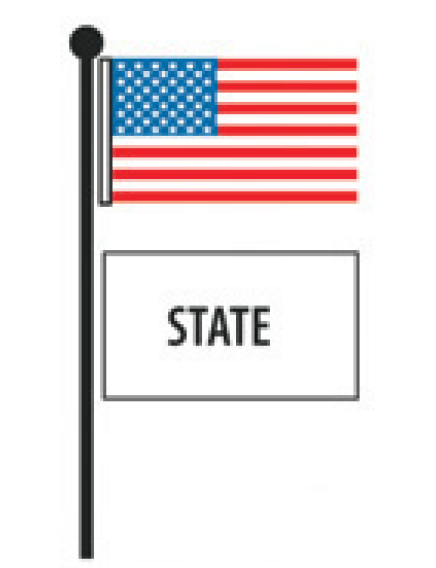 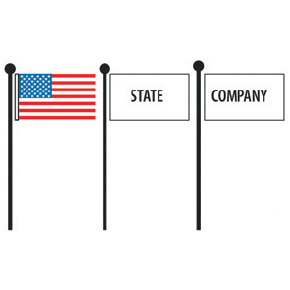 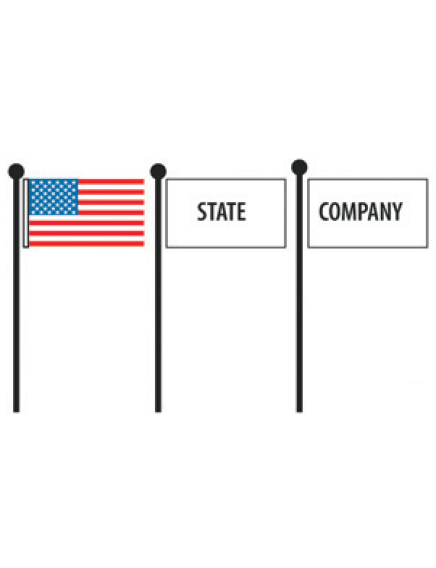 4. The flag of the United States of America, when it is displayed with another flag against a wall from crossed staffs, should be on the right, the flag's own right, and its staff should be in front of the staff of the other flag 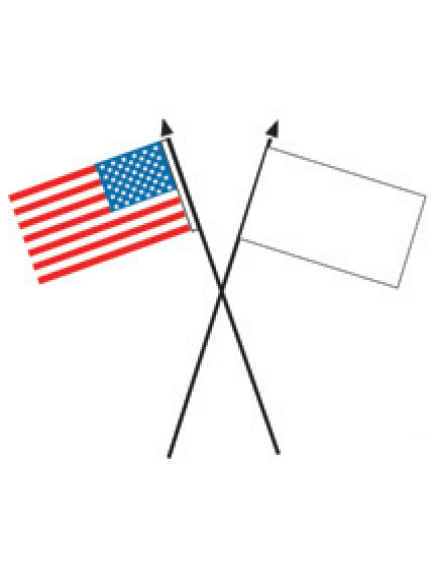 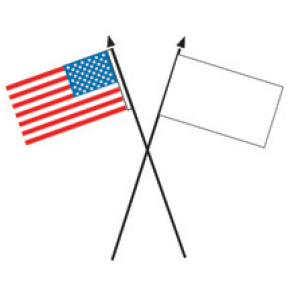 5. The flag of the United States of America should be at the center and at the highest point of the group when a number of flags of States or localities or pennants of societies are grouped and displayed from staffs. 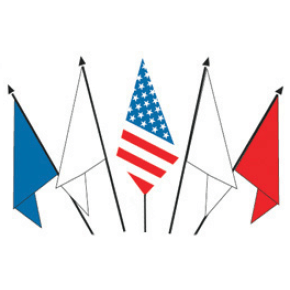 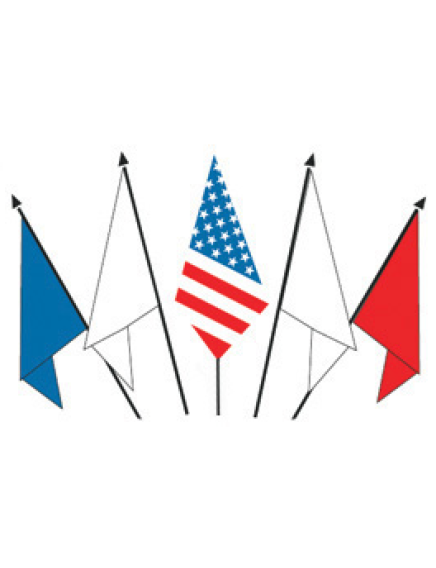 6. When flags of two or more nations are displayed, they are to be flown from separate staffs of the same height. The flags should be of approximately equal size. International usage forbids the display of the flag of one nation above that of another nation in time of peace. 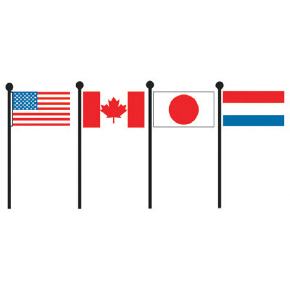 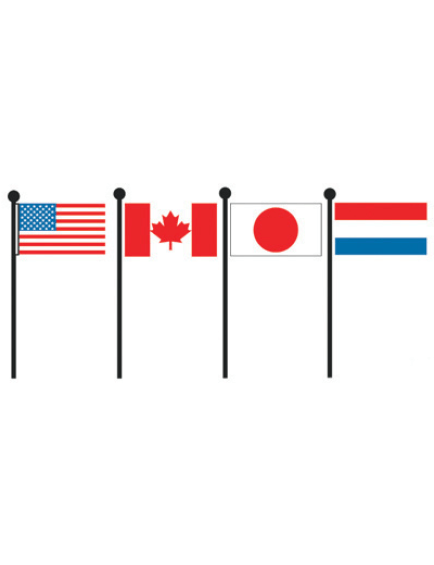 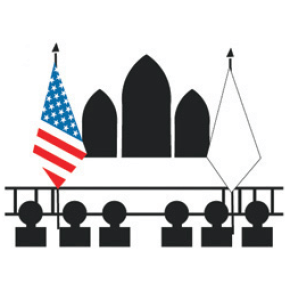 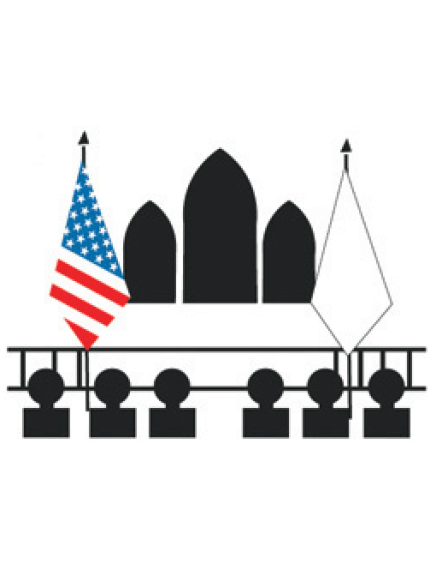 A final note on flag etiquette

U.S. flags should always be on its own right in relation to other flags on adjacent staffs - to the left of the observer - except when displayed as in the manner mentioned in number #5.